ADRIFT IN A HEAVING SEA WITH NO RESCUE IN SIGHT: A MOKEN SEA GYPSY’S STORY OF FAITH 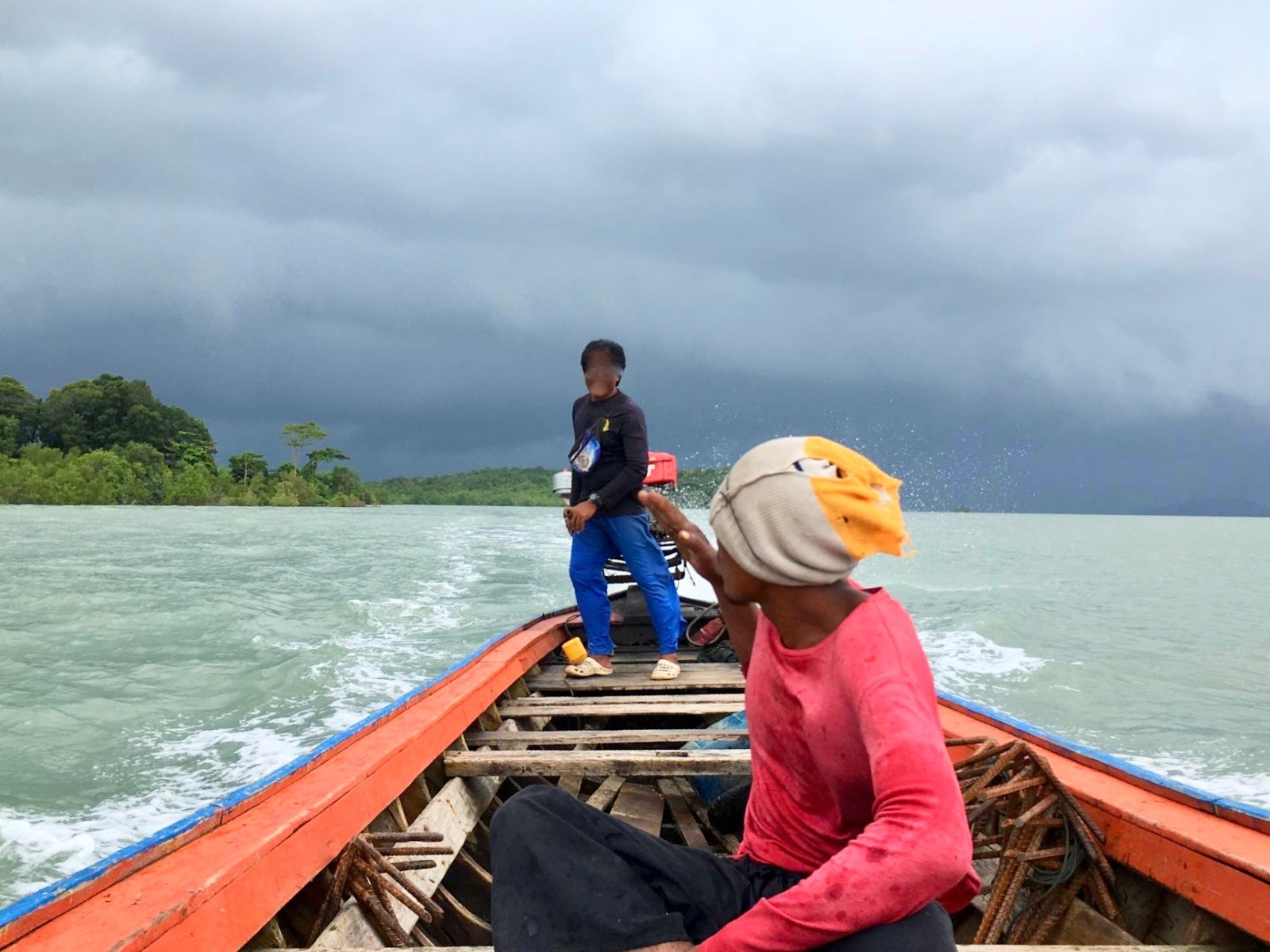 “Pia” has served with GNI Ministries for 4 years. She serves as a native Thai missionary reaching the marginalized Moken Sea Gypsy people on the Andaman Sea coastline of South-Western Thailand. The Moken Sea Gypsies are a nomadic people found in Southern Myanmar and Southern Thailand. Though not a large people group at 2100, only 0.3% are listed at Christian. Today, she shares this story with us:

“God protects his children. Early one evening in September, my friend M’s husband, “Tom,” and his nephew, arrived at their nets in the Andaman Sea off the coast of Chang Island. In their Moken Sea Gypsy method of fishing, he and his nephew quickly dove into the water to attend to their nets. However, the man who went with them was not the normal boat driver. He misunderstood Tom’s instructions and somehow lost sight of them. He drove back to tell people on the island that the two men had jumped in the water and he couldn’t find them in the dark.

Once they realized that the boat was gone, Tom and his nephew tried swimming to the shore but then a storm came in. They were a long way out. The waves and strong wind came and it rained hard. They swam and floated in the water approximately 4 hours. Their strength was just about finished; however, they cried out to God to help them. Once the storm calmed enough, the boats left their village to find them. The rescue boats searched long and hard in the dark and eventually found the exhausted men. Both were saved. All the new believers on the shore thanked God. Tom said that God helped him to keep his mind while in the sea. If he had given into fear, he would have drowned.”

Please pray for Pia’s ministry to the Moken Sea Gypsies. She is doing an amazing job of showing Christ’s love to these needy people and is one of the few who advocates for them. Pia is also very involved in helping to strengthen the church in Phangnga, a church birthed since the Indian Ocean Tsunami in 2004.