How do you celebrate your church’s 2nd anniversary?  If you’re in the Philippines, you hold a mini-crusade!
Fourth Man Eagle leaders initiated this mini-crusade in the town center with the hopes of bringing together other local pastors and churches in reaching out to their tribal community.  Praise God that two pastors helped organise the event and 10 pastors, their churches and community members attended the mini-crusade!  Many children also attended the event.  Praise and worship was a highlight, as was the youth from Banarao Temple of Christ who performed a drama.
The speaker was a former witchcraft-practising tribal leader who turned to God and was told by God to spread the truth of heaven and hell and the Gospel of Salvation.  Many people responded to an altar call and the speaker prayed for them, the church pastors working in unity, the sick and for all the people in their city.
Another FMEMI church, RTC, celebrated their 4th anniversary in October 2017.  Adults and children alike celebrated in a 4th Year Thanksgiving Anniversary with the theme taken from Ezekiel 37 “ Bangon, Barug, Magmadaugon” (Arise, Stand firm, Be Victorious). The speaker was Youth-with-A-Mission missionary, Leng.  Friends from other churches also came to celebrate with us.  The service ended before sundown and, in spite of the church having no electricity, everyone remained to partake of the food prepared by the members and families. 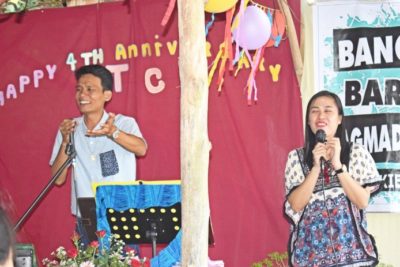 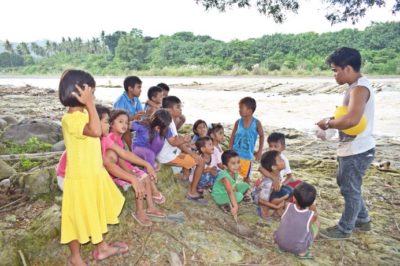