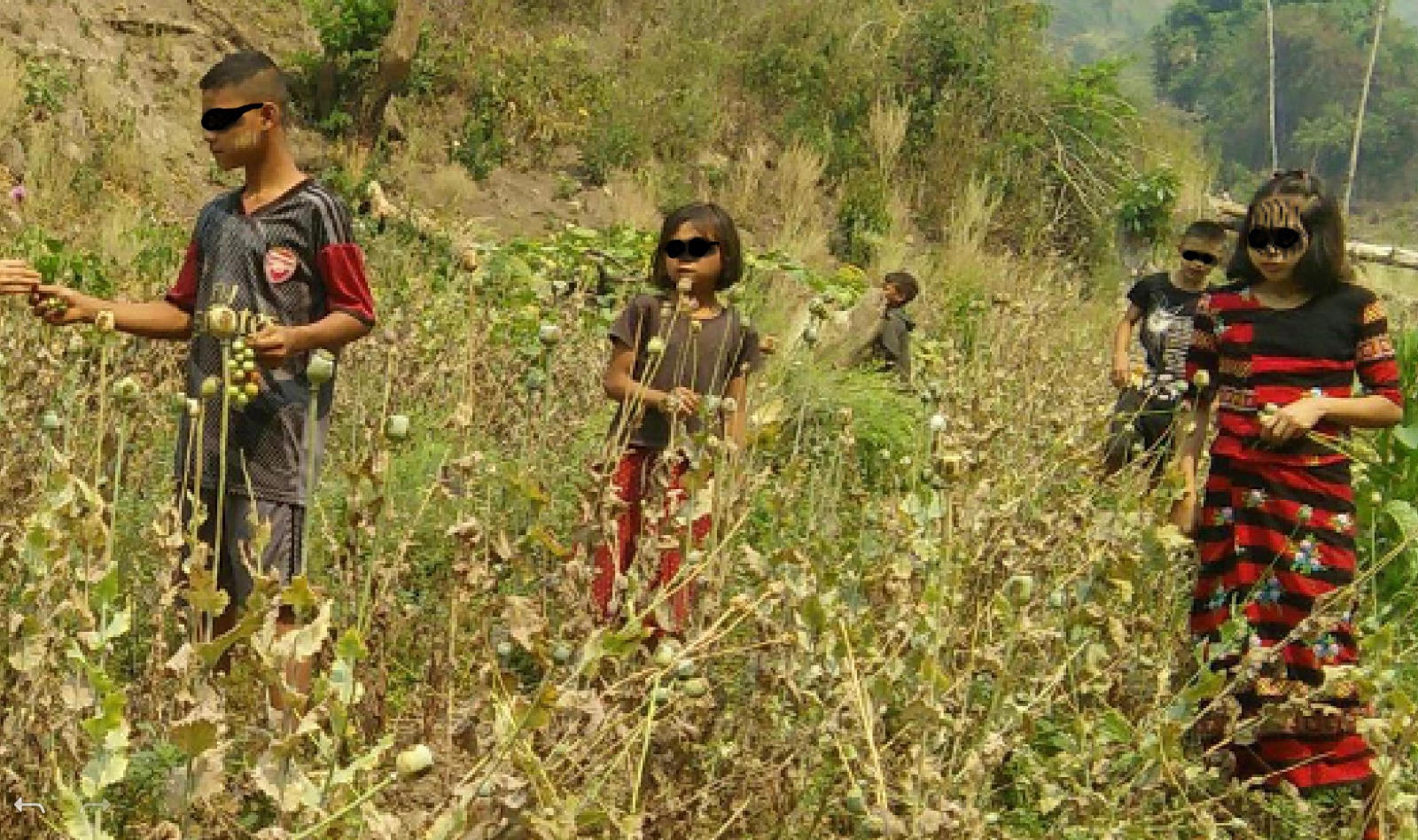 As city-girl turned country-girl, I, Traci, love to watch the crops grow.  We have a field at the edge of our yard that is often planted with wheat.  There is such joy to walk through it, waist height, and run my hands through the heads of wheat.  On a windy day, the breeze blows through the crop, making the wheat shift and flex like waves on the ocean.  At harvest when the grain is ripe, I enjoy rubbing the wheat heads between my hands until the wheat seeds come out and I can pop them in my mouth and chew them.  In a farmer’s experience, one can sense God nearby throughout the seasons.

Contrast this with Myanmar where there is an abundance of opium grown.  An Aljazeera news report shares that, “The amount of land being used to grow opium poppies continues to decline in Myanmar, but ongoing conflicts are hampering efforts to stamp out the trade at a time when the illicit drug economy is becoming increasingly diverse, according to a new United Nations report.” (https://www.aljazeera.com/news/2019/01/myanmar-cracking-opium-conflicts-fuel-drug-trade-190110083026170.html)

Myanmar has struggled for 70 years with civil war and this unrest has allowed the continued growth of opium, making Myanmar the second-largest opium growing country, after Afghanistan.  The above-mentioned article declares, “’There is a direct connection between drugs and conflict in the country, with the drug economy supporting the conflict and in-turn the conflict facilitating the drug economy,’ the UNODC said…The agency noted that economic problems, including a lack of job opportunities and income inequality, also contributed to the resilience of the drug trade amid increasing efforts by traffickers and organised criminals to diversify the market.”  Furthermore, this area is also the hub for the global trade in crystal methamphetamine, otherwise knows as ice.

So it is that several of the children living with Steve* and April* with our Myanmar ministry Uncountable Grace, have come from areas as described above.  Steve has a heart for those living in these areas and combines that with his gift of evangelism.  During the kids’ summer break from school, Steve and April took all the children on an evangelism trip, walking three and a half hours at a time, often through field after field of opium.  They brought the gift of hope and love as they encouraged the people in a variety of ways.  They brought physical gifts, such as cooking oil, salt or noodles, to each house.  They cut hair and worshipped together.  Some of the children were able to visit family members, reconnect and share their faith.

Please pray for Myanmar and the challenges they face.  Pray for the harvest of souls and that there will be other job opportunities, a hope and a future for this country.

*Names have been changed for protection.