Many Canadian children are busy writing letters to Santa, letting him know exactly what it is that they want for Christmas.  As parents, we are rushing around to find the latest fad toys that will satisfy our children’s desires.

Christmas in Thailand looks a little different.  The parents and children at House of Blessing are preparing for several Christmas outreaches.  It is a time to share the Christmas story, enjoy games with children in the villages, sing praises to God and, yes, share gifts.  But the kids at HOB aren’t counting down the days until they receive their gifts.  Instead, they have been learning how to give gifts to others.  They collected their money that they have saved from their allowances and went out to buy gifts to share with others at their outreaches.  Just look at the fun they had wrapping their gifts! 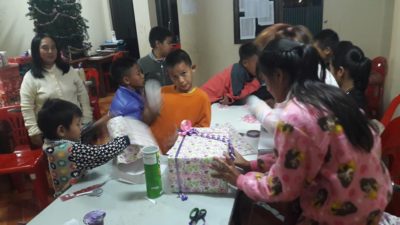 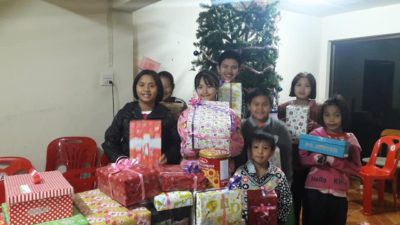 Luke 2 tells us that after the shepherds heard the angels’ message, they “hurried off to find Mary and Joseph, and the baby, who was lying in a manger.  When they had seen him, they spread the word concerning what had been told them about this child, and all who heard it were amazed at what the shepherds said to them...The shepherds returned, glorifying and praising God for all the things they had heard and seen, which were just as they had been told.”

I can just picture the kids at HOB as they have found Jesus every day in their daily devotions.  Now at Christmas, they are spreading the word concerning who Jesus is.  Many are amazed and receive Jesus.  The kids at HOB return home, glorifying and praising God for all He has done.  Let the children lead us this season as we all run to the manger, share with others what we have seen and glorify God this Christmas season.  Merry Christmas! 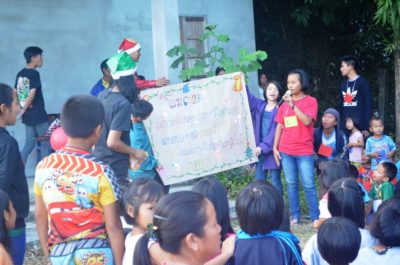