To Thailand with Love! 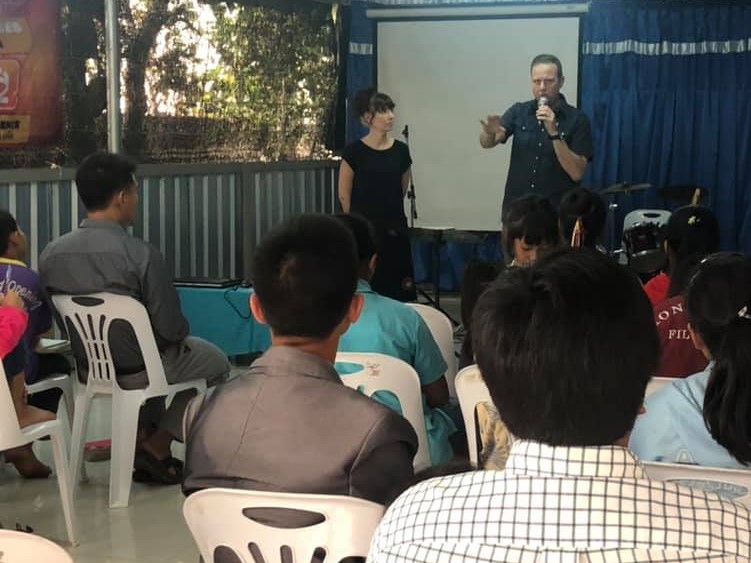 Terry and Jen Janzen and their children had an amazing trip to Thailand to play, pray and love on the kids at the House of Blessing.  They were also able to encourage, pray with, and build into the front-line workers.  Below are some of their highlights.

They were able to join HOB as they showed an anti-human trafficking movie in a village and participated in a kids outreach in another village.  During this time, they provided a snack, shared Jesus, led some games and then Jen and one of the House of Blessing kids both spoke.  Some of the kids shared about how this impacted them and it was clear that God was moving!

The Janzen family, children and adults alike, were able to minister to others through prayer, both at HOB and to others in the area.  They praised God to see answers to prayer when some were healed!  In addition, there were various settings throughout their trip in which each member of the Janzen family was also able to share their personal stories and what God had been showing them lately, often with people who did not yet know Jesus.  Jen remarked that God was working, speaking and bringing healing.

The Janzens express their thanks for those who contributed to their trip so that they could also bless John and Ann, new houseparents at HOB, with a fridge.  Extra funds also meant that they could enjoy a couple outings with the HOB kids including riding elephants and ATVs as well as renting rafts on a lake and ordering lunch on them.  Many memories were made and relationships were built.

In conclusion, they shared that “we are so thankful to have been a part of what God is doing in Thailand and we will always continue our support for the House of Blessing.”