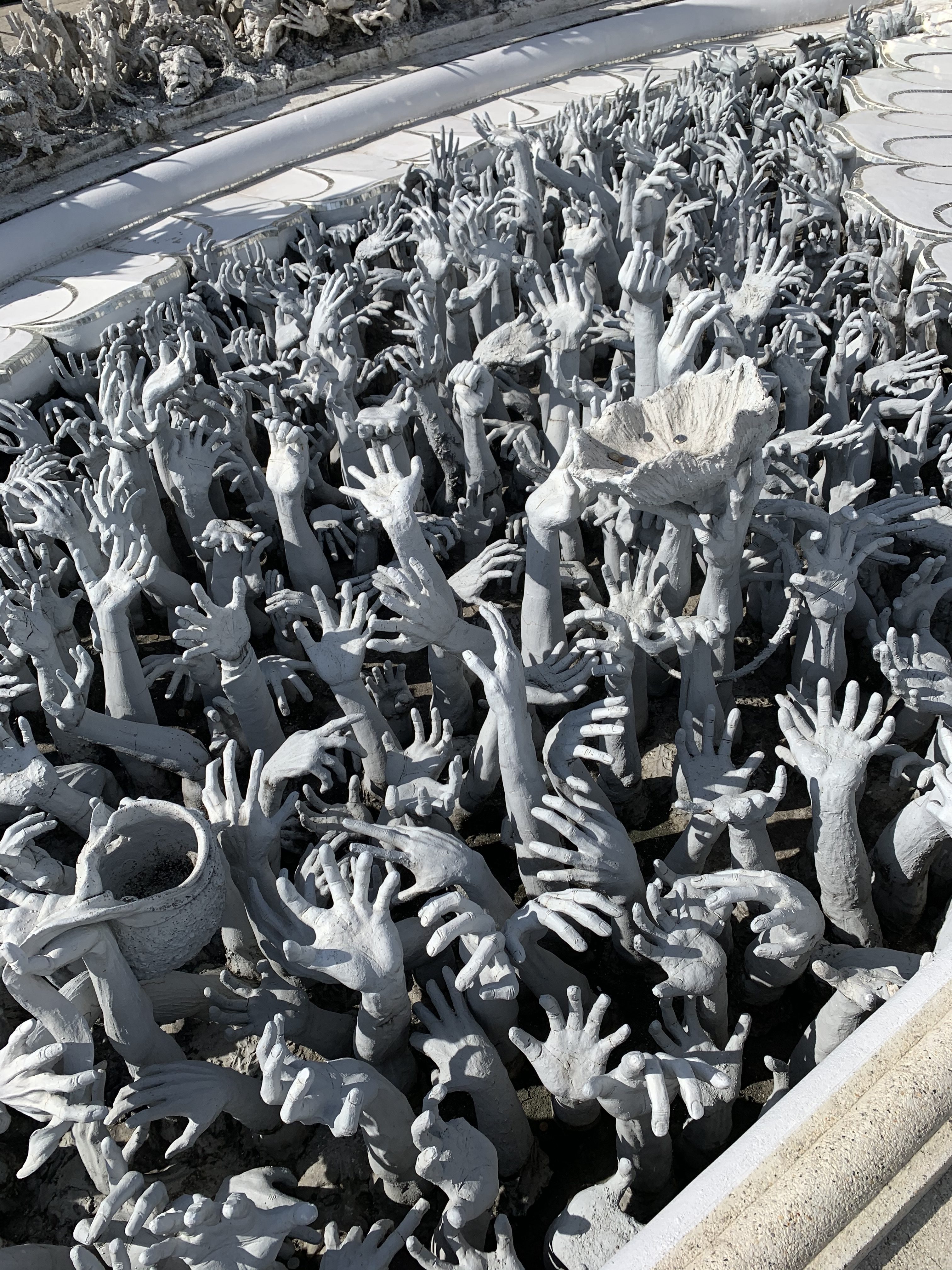 One day Amber and I, Traci, took the team of Canadian women we were hosting to the White Temple, a Buddhist temple that has the greatest depiction of hell that I have ever seen. There are hands reaching up for help, holding jars to collect rain. This reminds me of Luke 16:22-26 with the rich man and Lazarus.

“The time came when the beggar died and the angels carried him to Abraham’s side. The rich man also died and was buried. In Hades, where he was in torment, he looked up and saw Abraham far away, with Lazarus by his side. So he called to him, ‘Father Abraham, have pity on me and send Lazarus to dip the tip of his finger in water and cool my tongue, because I am in agony in this fire.’

“But Abraham replied, ‘Son, remember that in your lifetime you received your good things, while Lazarus received bad things, but now he is comforted here and you are in agony. And besides all this, between us and you a great chasm has been set in place, so that those who want to go from here to you cannot, nor can anyone cross over from there to us.’”

I continued from there to the Buddhist white temple, but I felt the heaviness of the spirit world and knew I could go no closer. I turned to go back but a staff member stopped me and said, “You cannot go back to hell.” What an interesting statement. (Fortunately, there was a way around the temple so I could leave.) It reminds me of the song, “I have decided to follow Jesus, no turning back. The world behind me the cross before me no turning back.”

As I left the grounds of the White Temple with another team member, we prayed for the souls of all Buddhists and those in Thailand that they would come to know Christ as Saviour.  As the new year draws near, won’t you join us in this prayer that 2020 will see the harvest of souls come into the Kingdom?