The Greatest Rescue Ever Made 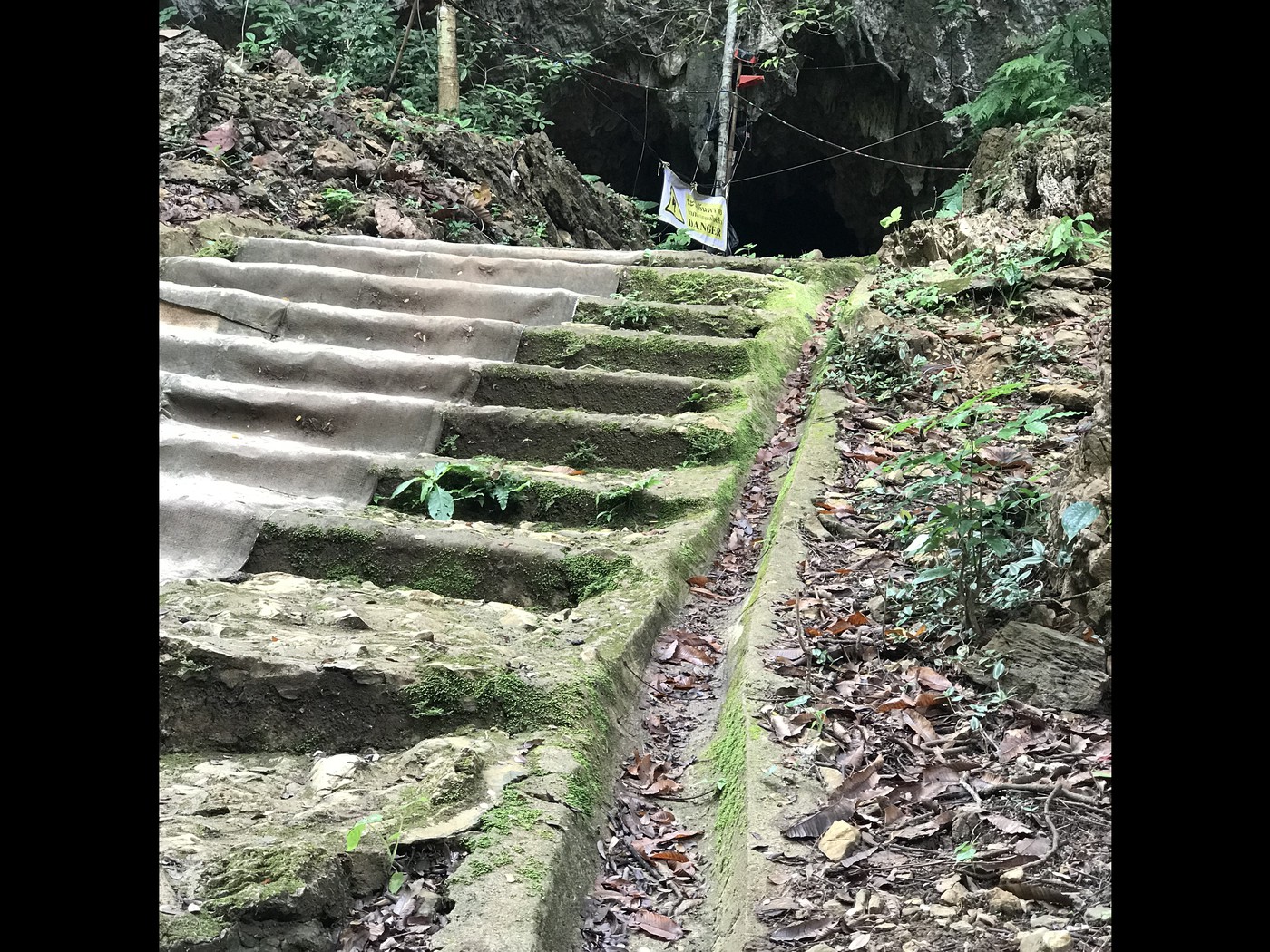 It is the one-year anniversary, June 23 – July 10, of the rescue of the Wild Boars soccer coach and twelve players from the Tham Luang Nang Non Cave in Thailand. With Good News International’s ministry being located near the cave, Rob and Judy have taken the opportunity to visit the cave and remember the rescue, possibly one of the greatest rescue efforts ever to have taken place during their lifetime, with people from many nations (even Canada) involved in the extremely difficult extraction.

I, Traci, recently read an article by Shannon Gormley entitled “Into the Dark” (https://www.macleans.ca/thai-cave-rescue-heroes/), and learned many things I had not heard a year ago and, as a certified diver myself, I found it fascinating what the divers faced.  Shannon explained that during the rescue “there would be children’s lifeless bodies yanked through paralyzing water; fingernails digging into rock walls and human skin; a cable wrapped around a neck; a strap binding a pair of wrists; a needle stabbed into a thigh; a skull smashed into rock; a lifeline drifting out of reach, out of sight, into the black…The cave’s currents were impossible. Visibility was also impossible…The constricted sumps—submerged underwater passages—were worse than impossible: they were deadly.”  With divers who had only been trained in open-water diving and carrying oxygen tanks on their backs that were too large to fit through the small spaces in the cave, the diving experts had to be called in.  And they flooded in from all over Thailand, Europe, Australia and Canada and finally made contact with the soccer team.  The experts began to discuss options for those trapped in the cave.  Shannon lays out the options and what they mean:

“Option One: Believe the children’s claims that they heard roosters crowing. Assume there is a chimney in the mountaintop leading to the kids and their coach. Find it, somehow. Pull the team out, somehow.

Option two: Assume there is no chimney. Make one. Drill through the rock—700 m. Pull the team out—700 m.

Option three: Leave the kids and their coach in the cave. In the dark. For four months. Send in food, letters and medical support. Wait for the rain to stop. For four months. Bring the team out the way they came in.

Option four: Do what no one has ever done before. Bring a dozen children and one adult, none of whom know how to dive or probably even swim, through a few kilometres of flooded cave in almost zero visibility and torrid currents.

Option one is unrealistic: the kids are probably hallucinating about the roosters. Option two is deadly: drilling could crush the children under falling rocks. Option three is torture: stuck on that small patch of dirt in the dark, surviving on water dripping off stalactites, the kids hadn’t lasted a few days before trying to claw their way out by scratching at the rock face with their bare hands; four months would be unendurable. And option four is madness. No one has ever tried anything like it before. Divers might die. The ones who don’t die might have to carry out a dozen dead children.

Tonight, the men choose madness. They want to dive the kids out.”

So, the rescuers began the drills: pool drills to try on the full face diving masks on the children to make sure they wouldn’t leak; rock drills to lay out the miniature mock-up cave on the parking lot and determine where the rescue stations will be in the cave and what everyone’s role will be; sedation drills to practice topping up the children’s sedation along the way so they won’t panic and drown themselves and their rescuers.

So, the rescue began and, although it didn’t all go according to plan and there were times of terror, the world rejoiced as the last boy, coach and rescuer emerged from the cave.

Today there is a gold colored statue raised to honor Saman Gunan, a former Thai navy diver, who died while taking part in the rescue efforts. The boars around his feet represent the football (soccer) team members he gave his life to try to rescue.

Bus loads of Thai and foreigners visit the site to pay homage to the spirit of the mountain, a mythological princess named Nang Non, thanking her for protecting the boys and facilitating their rescue. The entire mountain is named after this woman, who reportedly committed suicide at this site centuries ago after learning that her boyfriend, a stable boy, had been found and killed by her father’s army. The surrounding mountain is said to look like a sleeping woman and the water flowing in the cave is claimed to be her blood. Hence the name Jao Nai Nang Non (the sleeping goddess). Thais make much of such myths and are held captive in fear of such spirits.

As Christians, we have Good News to share and set these people free from fear of the spirits.  Rob Griffioen, GNI president, writes, “As amazing as the cave rescue was, when one compares it to what God’s only Son, Jesus, did by coming on his rescue mission to save the human race from the penalty of sin, it simply can’t compare. Christ came to make us right with God, to restore us to our full inheritance as children of God (John 1:12). Most of the boys who were rescued still need Jesus (apparently one is a follower already). Most of the people who participated in the cave rescue still need Jesus. We all need Jesus, and praise God that this offer of rescue still remains today. It’s why we are here in Thailand. We want to help people break out of the darkness of sin and come into Christ’s marvellous light (1 Peter 2:9).

While we praise God for the amazing rescue of twelve boys and their coach, we also are struck by the persistent problem of lost souls and spiritual darkness in this land. This region is home to unchecked production of heroin and methamphetamines. The carnage this brings is an addicted generation of young men and women, who, if they live long enough to have children, end up in prison or die from their addictions. Parallel to this, children are sold into human trafficking chains at an alarming rate by parents who are incapable of or unwilling to run the race of raising their own young. For Judy and I, having two frontline ministries in this area (one in Thailand and one in Myanmar), fits our calling. It’s why we are here. It’s why we are investing the best we have (our own children) and why we are delighted that you have joined our cause in prayer and support to see this through.

Please pray that God uses our ministry (GNIM), our amazing daughters (with family) and our partners to make a big spiritual impact in this land. It’s a bit of David and Goliath story here. But we know how that story ends!”